These are oil paintings and watercolor pieces that depict destroyed houses and flooded streets. These pieces have the look of aged photographs, complete with burned edges, white splotches and yellow coloring. But the trick’s on you — they are neither photographs nor old; they have all been painted by Demiak within the past year or so. They depict the aftermath of hurricanes, floods and other natural disasters around the world — “the big blow,” to borrow the name of the exhibition. Each piece is named after a location and a year, leaving you to guess which historic “big blow” the piece is depicting.

(…) Why go through such pains to replicate images of disaster when so many already exist? It seems as if Demiak, by giving all of his works this aged quality, is trying to make us pause and contemplate the image and give the type of reverence these archival prints usually receive as historical relics. There is no shortage of images from disasters like Hurricane Katrina and Hurricane Sandy, one after the other depicting destruction and human suffering on an epic scale. But such an overload can be desensitizing. By depicting them differently than you could ever expect to experience them, Demiak makes you take time to really look at them and see them differently, too. (Meredith Deliso, Houston Press) 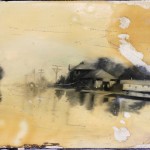 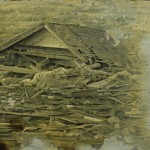 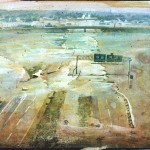 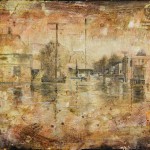 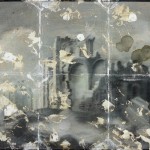 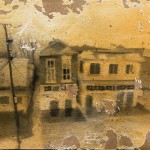 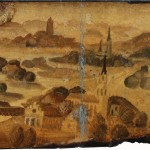 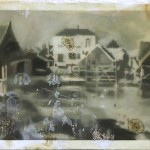 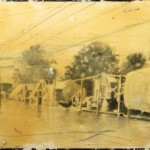 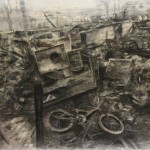 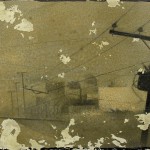 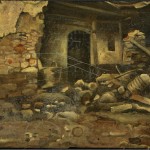 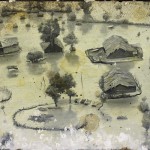 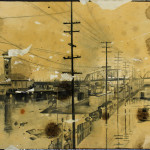 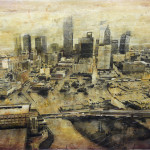